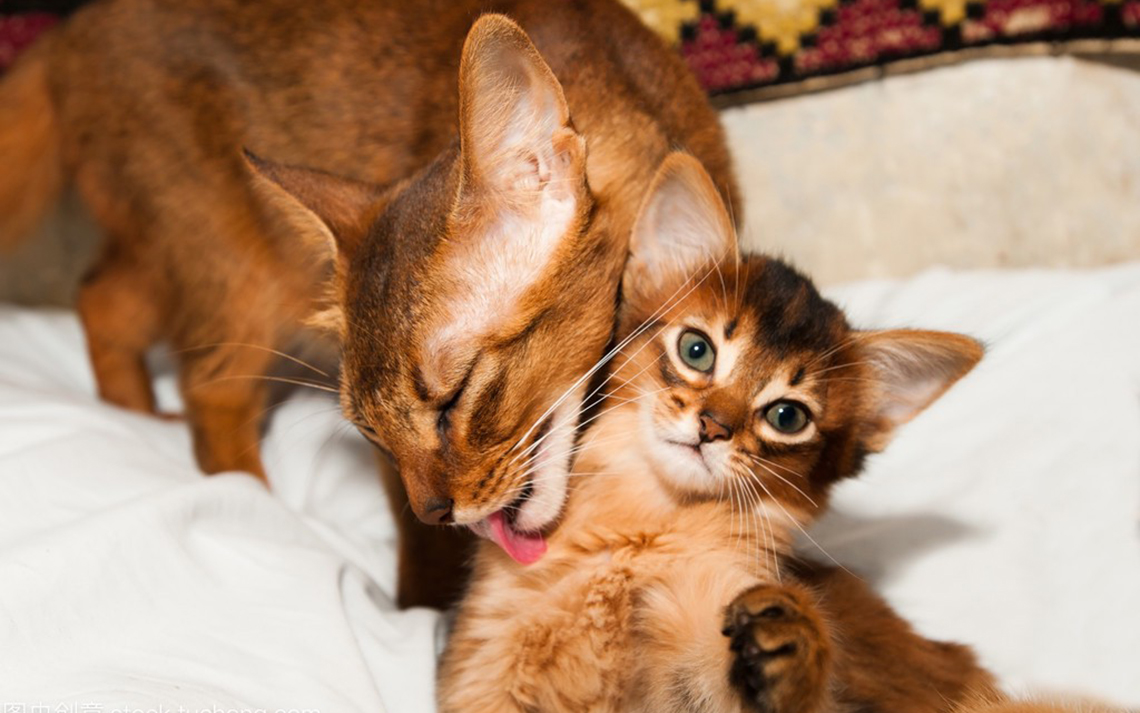 The Somali cat is genetically similar to the Abyssinian. Due to inheriting 2 copies of the recessive gene for long hair, they have a characteristic luscious coat, unlike their cousin, the Abyssinian cat. 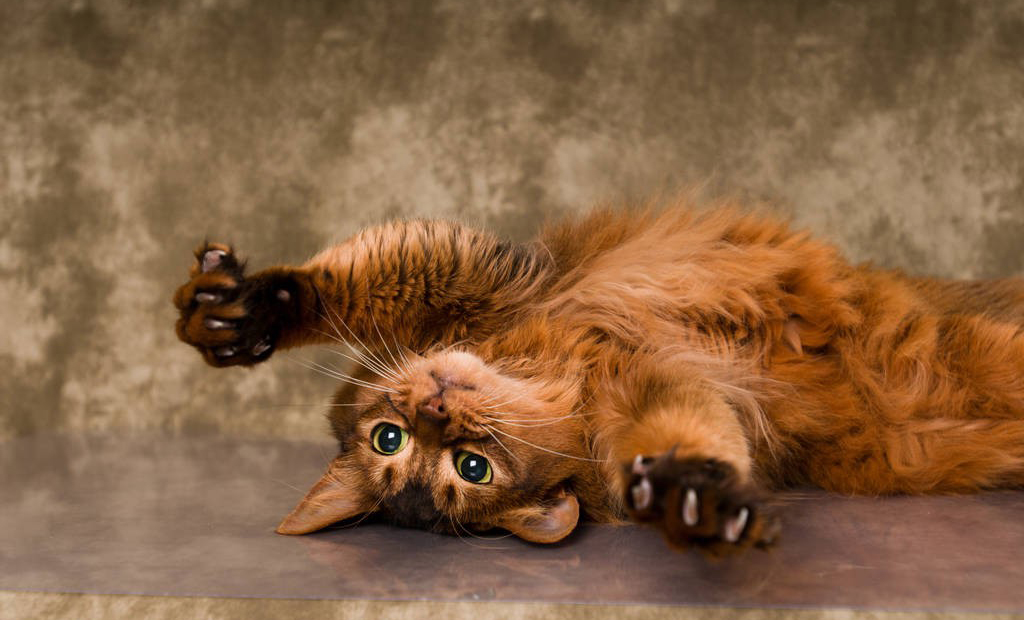 The Somali is essentially the longhaired version of the Abyssinian. The Abyssinian was developed in Great Britain from a cat brought into that country by Lord Robert Napier, following a military expedition to Abyssinia. The cat Lord Napier brought to Britain was named Zulu, and he was the foundation of the beautiful breed known today as the Abyssinian, as well as the Somali breed.

The Somalis are recognized for their bushy tails, large almond eyes, and large pointed ears, earning the nickname "Fox Cat." Their ticked coats, containing between four and twenty colors on each hair, are very fine in texture, making their coats softer to the touch than those of other cat breeds. The cat itself is medium-large in size weighing 6 to 10 pounds.

The usual or ruddy Somali is golden brown ticked with black. There are 28 colors of Somali in total although certain organizations accept only some of these colors. All organizations that register Somalis permit usual (also known as ruddy), sorrel (a.k.a. red), blue, and fawn. Most clubs also recognize usual/ruddy silver, sorrel/red silver, blue silver, and fawn silver. Other colors that may be accepted by some registries include chocolate, lilac, red, cream, usual-tortie, sorrel-tortie, blue-tortie, fawn-tortie, chocolate-tortie, lilac-tortie, and silver variants of these (e.g. blue-tortie silver).

The Somali is moderate looking in all aspects with smooth planes on her head. She has a gentle dip in the triangular head. Her rather large ears sit tilted forward giving her an alert, aware look as if she is always paying attention to everything. The eyes, which look large on the face, show the alertness and intelligence inherent in the breed.

The coat on the Somali is full of exaggerated tufts of hair in the ears. The fur is soft without being woolly and the tail is fluffy like a fox's tail. The coloring of the Somali is special. The majority of the fur has bands of color on each individual hair, with the coat looking darker along the spine line. The color on the body softens and lightens under the neck and the underside of the cat and the insides of the legs. She has a wild look about her but is not at all extreme except in the color of the fur, which carries bands of color giving her a richness and depth not seen in other breeds.

The Somali is an active cat who loves to jump and play. In spite of that, she is an easy cat to have in your home. Somalis love people and other animals. Somalis are social cats and like to have some company. This company can be provided by another cat or when people are not at home. 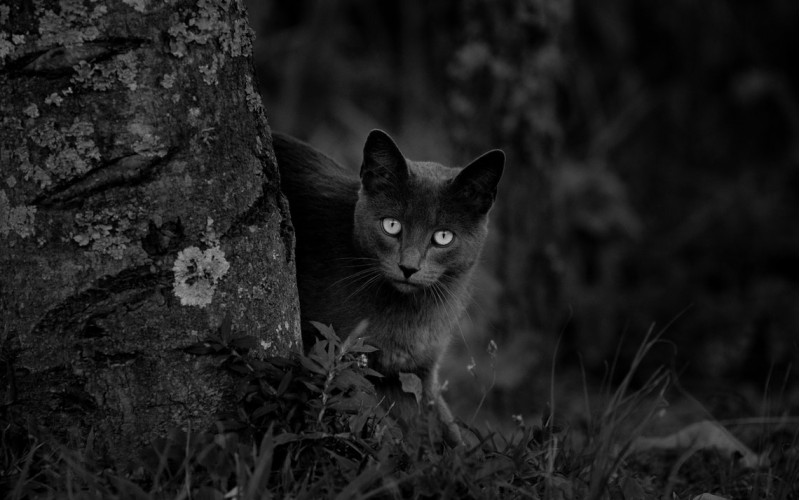 Mysterious Bombay Cat
The Bombay is calm, gentle, and affectionate. This solid, medium-size cat was created in the 1950s by crossing sable Burmese with black American Short...
Cat Lover Paradise: Cat Island
Aoshima, also known as Cat Island, is an island in Ehime Prefecture, Japan, known for its large number of feline residents.... 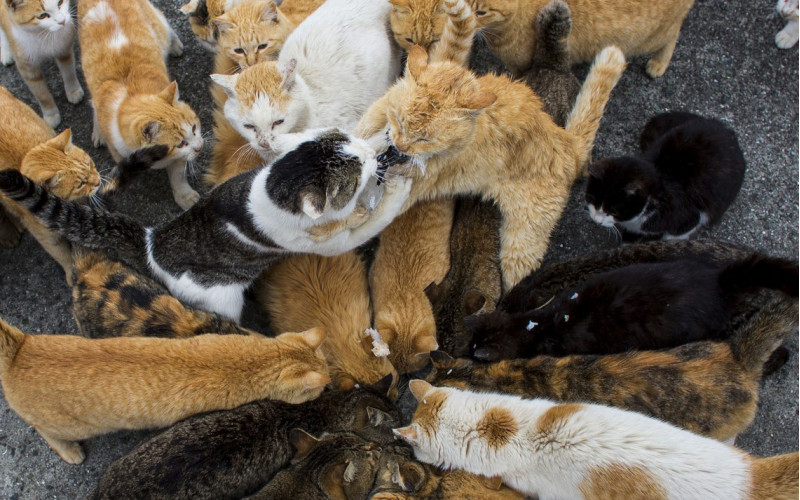